Looks as though you wanted a few more photos. 🙂 So here they are! 🙂 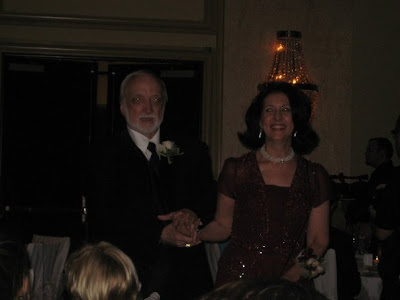 Not the clearest picture, but at least you can see Dom and me as we enter the reception hall. 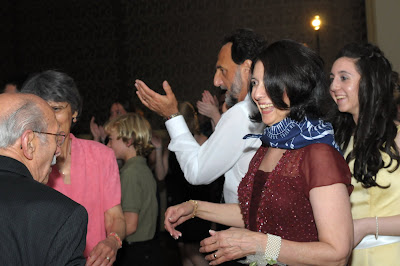 Here I am doing the Tarantella with my 85-year-old Uncle Jim, my father’s youngest brother. Directly in front of him is my younger sister Dolores. Behind me is my 16-year-old niece Juliana, my brother Bruno’s firstborn daughter. To my right is my brother-in-law Sal, my sister Gloria’s husband. The scarf around my neck represents a joke from Peter’s family. They put on a hilarious skit to the tune of “We Are Family” during the reception, and each new family member got a bandanna. 🙂 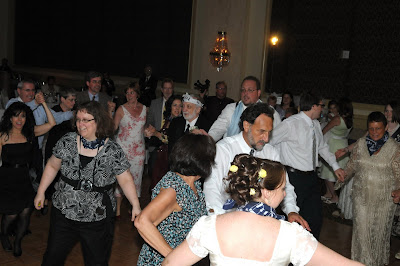 Peter’s Mom is at the far right joining in the Tarantella. Peter’s sister Mary is at the left front. Dom and I are in the background. Dom is wearing the Gerken bandanna on his head. Lia is in the front center with a bandanna around her neck. To her left is my sister Gloria, next to her husband Sal. To the far left in the back is my brother Bruno. In front of him is my cousin Annette.

4 thoughts on “Photos at Your Request”