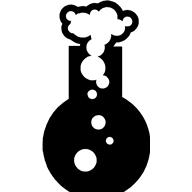 By the time you start Part Two, you will have established sympathy for your protagonist in the reader’s mind. For this reason, your reader will care about your protagonist’s quest to overcome her opposing force.

As you write Part Two, keep in mind that you must show your protagonist struggling to figure out exactly what to do to overcome her opposition. By the end of Part Two, your protagonist will have developed a pretty good idea of what she needs to do. Then, in Part Three, she will do it.

For more information on this topic, I encourage you to read STORY ENGINEERING by Larry Brooks.

Now it’s your turn. 🙂  Have you found that using these principles of story structure in your own stories has made a positive difference?

Source cited: For an outstanding resource on story structure, from which this blog post is adapted, I highly recommend Story Engineering by Larry Brooks.