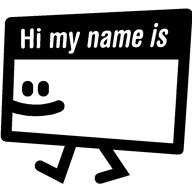 What’s in a name?  A whole lot. Names create images in readers’ minds, and names can become larger than life. Take, for example, the names Atticus Finch and Scarlet O’Hara.  Both names evoke entire personalities who live on in the imaginations of readers all over the world.

So, how can you choose a name that will linger in the mind of your reader long after she has finished reading your story?  Here are a few suggestions:

1) Consider the time period of your story. What names were popular during that period? To give your protagonist a 21st-century name when you’re writing a 15th-century novel would not ring true.

2) Consider the setting of your story. What names were common in that location at that time? Certain names are or have been more common in certain countries than in others. For example, the name Maria is a very common name in Italy but not in Uganda.

3) Consider your character’s personality. What name has a meaning that would reflect that personality? For example, would you name a timid boy Tiger? Perhaps. Especially if you want to show a change from fear to courage.

4) Consider your character’s age. The name Hazel for the heroine of your YA novel would be jolting to a young reader today. Hazel was popular in the early 19th-century, so a character by that name would be considered old to today’s young reader.

5) Avoid names that evoke stereotypes.  For example, naming your main character Judas would cause your reader to approach your story with a preconceived notion about your character.  Perhaps this is exactly what you want to do, but be sure you know why you are choosing a specific name.

Choosing names for your characters can be a lot of fun. Choose wisely. You never know if the name you choose will one day go down in literary history.