The bright headlights came straight at me. With my hands on the steering wheel, I stared at them but could not move. I had become like a passenger in the driver’s seat, unable to turn, swerve, or get out of the way as my car clipped down the highway at 55 miles per hour.

The headlights came closer and closer, their glare piercing my tired eyes. Still, I could not move. 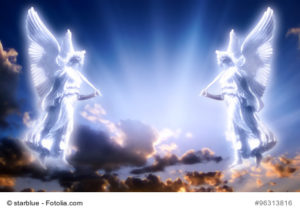 It had been a long day. Between working and client appointments, all I wanted to do was go to sleep. But as the mom of two teenage daughters who played on their school’s volleyball team, I could not miss their away game that night. I was proud of my daughters and attended virtually all of their games.

So it was that I found myself driving home late that night after a glorious victory game. Riding in the church van in the lane to my right, the team was in a celebratory mood, and I wished I could have shared in the fun of their exuberant ride home. But the girls were required to ride in the church van with their coach, so I had taken my own car.

Entranced, I stared helplessly at the headlights that fast approached, wondering what they were doing straight in front of me. This was a four-lane highway after all, with each pair of lanes going in a single direction. At a certain point, the highway would turn into a two-lane road, with traffic going in opposite directions, but we had not reached that point yet. Having traveled the road hundreds of times, I knew it well.

Like one in a dream, I kept staring ahead at the brilliant headlights that now blurred my vision. Closer and closer they came. Soon they would be upon me, yet still I had no power to get out of their way. My mind was in another world, while my body remained in this one.

The headlights hurled toward me, expanding into horizontal bands of dazzling white. In an instant they would overpower me and consume me into themselves.

Still I could not move.

Just as the headlights were about to overtake me, invisible beings lifted my car off the ground, carried it slowly through the air, and gently placed it on the grassy median at the side of the road.

All was still. I turned off the ignition and just sat there, stunned by what had just happened.

He gives His angels charge over you, to keep you in all your ways.

Years before, I had memorized those precious words from Psalm 91 and had recited them regularly over my children, my spouse, and myself. Now I had literally experienced their truth. God’s angels had rescued me from a horrific head-on collision.

With tears welling up in my eyes, I drew in a deep breath and thanked the Lord for His great mercy in sparing my life.

Soon I heard the shouts of teenage girls running toward my car. “Mom, are you all right?” My daughters were the first in line.

“Dr. Diorio, are you all right?” The team shouted in unison. “We were so scared. We were praying at the top of our lungs that God would protect you.”

Dazed, I looked at the girls. “What happened?”

Coach Debbie approached the driver’s side window that I had rolled down. She laid her hand on mine. “Are you okay?”

“Yes, I’m fine.” Deep peace had settled over me. “What happened?”

“You almost had a head-on collision. You were driving in the wrong lane on a two-lane highway.”

A two-lane highway. How did I miss the changeover from four lanes to two lanes?

Coach Debbie’s voice caught. “I kept blowing my horn to get your attention, but you didn’t respond.”

The seriousness of the situation dawned on me.

Coach Debbie’s eyes glistened with tears. “The team and I watched God’s angels lift your car off the highway and place it on the median.”

I swallowed hard. “I must have fallen asleep at the wheel. Thank you so much for praying.”

Coach Debbie smiled. “I don’t think I’ve ever prayed so hard for anything in all my life.”

She opened the car door and I got out. Then she and the team surrounded me and gave me a huge group hug.

With my two precious daughters close beside me, we all joined hands. Right there on the grassy median at the side of the highway, Coach Debbie led the team in a powerful prayer of thanksgiving for God’s mercy in saving my life.

As I resumed the drive home with the church van now behind me, I

kept praising God for His infinite mercy. His Word is true. He does give His angels charge over us to keep us in all our ways. His angels had protected me and preserved me from evil. They had touched me with the power of God’s love.

And I would never again be the same.

Dr. MaryAnn Diorio is a widely published, award-winning author and former Professor of Fiction Writing. Her riveting books explore the deepest issues of the human heart. Her latest work is a children’s picture book entitled Who Is Jesus? MaryAnn may be reached at maryann@maryanndiorio.com or via her website at www.maryanndiorio.com.