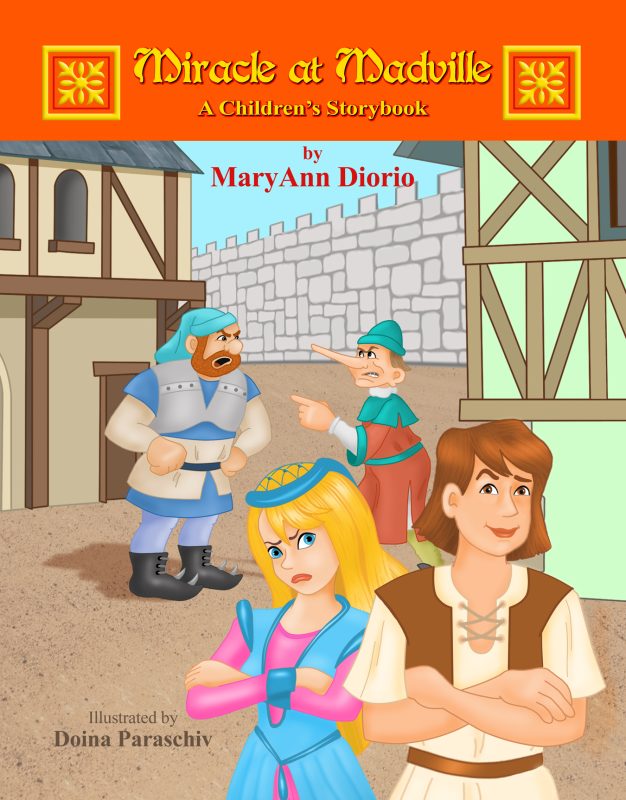 An angry young princess discovers the greatest weapon of all.

When sullen and ill-tempered Princess Angria of Madville meets joyful and smiling Felix, a wayfarer from a faraway land, she faces an anomaly and a

decision. What is that strange curve on Felix’s face? What is that constant song on his lips? What is it that fuels his belief in the impossible?

Felix’s faith is put to the test when Angria’s father, King Grouch, offers to give his daughter to the winner of the Festival of Fights. Dreading marriage to a man she does not love, Angria protests. But how can she escape? A king’s decree is irrevocable.

Sign up for Updates
Share
Facebook Twitter Google+
Preview
Disclosure of Material Connection: Some of the links in the page above are "affiliate links." This means if you click on the link and purchase the item, I will receive an affiliate commission. I am disclosing this in accordance with the Federal Trade Commission's 16 CFR, Part 255: "Guides Concerning the Use of Endorsements and Testimonials in Advertising."
Tweet
Share
Pin
Share
0 Shares