“Guard your heart above all else, for it determines
the course of your life.” ~ Proverbs 4:23

“Matters of the Heart” is a weekly blog that deals with the deepest issues of the human heart, the issues we all face but sometimes don’t want to talk about. The heart is the programming center of our lives. What is programmed into our heart will affect every area of our lives. Learn how to examine your heart and how to program your heart for success.

I like to quip that I was not born with a silver spoon in my mouth: I was born with a pen in my hand.

But I didn’t discover that pen until I was 30 years old. Once I discovered it, I moved fully into my calling, which is to write stories for King Jesus.

What about you? What gift were you born with? Do you know what it is? 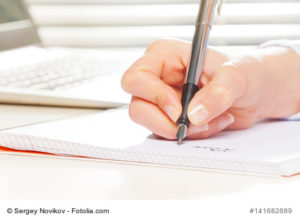 God has created each of us with a purpose. Our talent is a sign of that purpose. God gives us a talent (or more than one) to lead us in the direction of His purpose. As we discover that talent and use it for His glory, God’s purpose is fulfilled not only in each of our lives but also in the earth.

Here are some ways to discover your talent:

1–What ability comes fairly easily to you?

2–What activity gives you great joy in the doing of it?

3–What activity elicits feedback that what you are doing is a blessing to others?

Unfortunately, many people never fulfill their purpose. Don’t be one of them.

Next to losing one’s soul, the worst tragedy in life is to die without singing your song.

My Prayer for You Today: “May you discover your song and sing it with great joy, for God’s glory and for the building of His Kingdom!”

Now, it’s YOUR turn: Are you singing the song God gave you to sing? If not, why not? Please leave your valued comment in the box below.  If you need help to discover your song, contact me at info@maryanndiorio.com. I am a Certified Life Coach and have been helping people discover and sing their song for almost 20 years. I would be happy to help you as well. :). For more information, click here.

To be sure you don’t miss any of my future blog posts, you may wish to subscribe to Matters of the Heart. CLICK HERE.

To help you discover your song in Christ, check out my You-Tube series, YOU WERE MADE FOR GREATNESS!, based on my popular book by the same title.

Learn how Maria Landro discovered and sang her own God-given song in The Italian Chronicles Trilogy. 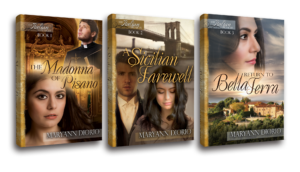 If you found this post helpful, please forward it to a friend. Thank you! You may also be interested in reading the following popular posts:

“Are Demons Destroying Your Destiny?”

“How to Live in a World Gone Crazy”

“How to Get Along with Everyone”

Please check our archives in the right sidebar for older posts on a variety of topics. You may also search for a particular topic in the search box at the top right.

For additional encouragement, check out my podcasts at the following links:

A Moment with MaryAnn – Podcasts on Living the Good Life

Winning with the Word Podcast Series

Write Your Heart Out! – Podcasts for Writers

Please tell your family and friends about this blog and my other resources, and please pass this post on to them. Thank you!

Amazon.com Required Disclosure: MaryAnn Diorio is a participant in the Amazon Services LLC Associates Program, an affiliate advertising program designed to provide a means for sites to earn advertising fees by advertising and linking to Amazon.com.

God created you with a built-in dream.  Your dream is your purpose.  It’s up to you to discover what your dream is. 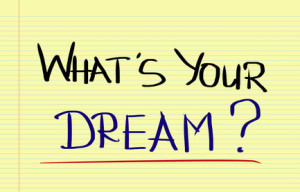 How will you recognize your dream? By answering two simple questions:

1) Does this activity give me great joy in the doing of it?

2) Do others give me feedback that this activity is blessing them?

When you can answer both of these questions affirmatively, you will have discovered your dream.

Once you have discovered your dream, it is your responsibility to follow it.

Consider these instances where dreams changed the course of history:

The Bible says this about dreams: “‘In the last days,’ God said, ‘I will pour out my Holy Spirit upon all mankind, and your sons and daughters shall prophesy, and your young men shall see visions, and your old men dream dreams” (Acts 2:17).  We are living in these last days. Many followers of Yeshua are dreaming dreams of great meaning for their personal lives and for the life of the Body of Christ in general. I myself have dreamed such dreams.

So, pay attention to your dreams. God may be saying something to you that is of great import to yourself, to your family,or to the Church at-large.

One last thing: the language of dreams is symbolism. In other words, what you see in your dreams usually has a symbolic, not a literal, meaning. Ask Holy Spirit to show you what your dream means. He may do so right away or over time, so be patient.

You will discover a whole new aspect of intimacy with God through the dreams He gives you. So, respect them and pay attention to them.

To learn more about who you are in Christ, get your copy of Dr. MaryAnn’s popular ebook, You Were Made for Greatness!

Dr. Diorio is a Certified Life Coach, a Certified Biblical Counselor, and a Certified Behavioral Consultant. She is also an award-winning, widely published author of fiction for children and adults. You may reach her at maryann@maryanndiorio.com  or via one of her social media venues below: 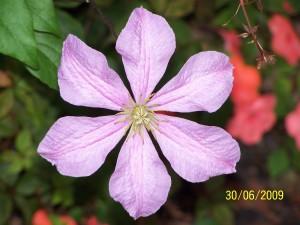 Beginning is half done. So goes an old proverb that we can apply to fiction writing.

So how can you ensure that your story starts right?  Here are a few tips.

1) Start your story with your protagonist. Ask yourself: “Whose story is this?” Readers identify with the first character mentioned in your story, so introduce your main character in the first paragraph.

4) Establish the setting and time period.  Readers want to know from the start where and when the story takes place. They need to be oriented to give them a sense of direction for your story.